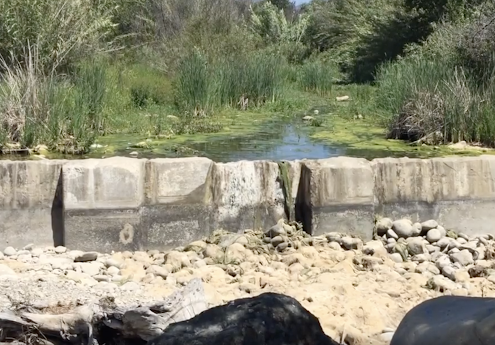 Channelkeeper and the City of Ventura Amend Settlement Agreement

The City of San Buenaventura and Santa Barbara Channelkeeper, a local environmental group, have announced an amendment to their settlement agreement in the lawsuit regarding the pumping and diversion of water from the Ventura River Watershed. Both Channelkeeper and the City remain committed to ensuring the protection of this local water source and the species that rely on it. The ongoing collaboration enables dialogue toward a locally developed solution to continue moving forward.

Under the modified terms, the City will continue the Pilot Program it implemented in 2019 to reduce its pumping and diversion of water from the Ventura River when flows drop during dry times, in order to help protect wildlife that depend on the river. The Pilot Program was originally set to expire in March of 2020, however, the City continues to honor the flow regime set in place. The most notable change with the amendment is that the City will shut down most of its pumping facilities at Foster Park when flows drop below 4 cubic feet per second (CFS), and stop all production when flows drop below 3 CFS instead of 2 CFS. The City will also use its two new gauges at Foster Park to monitor the impacts, if any, its pumping has on flow in the river at these levels.

Additionally, the City and Channelkeeper have agreed to keep a dialogue open to identify additional ways to work collaboratively on other Watershed and habitat-related public relations efforts.

“We are pleased to continue this important dialogue with Channelkeeper, and I believe this amendment strikes a balance of addressing our concerns for the species and habitat while also meeting the needs of serving our customers,” said Susan Rungren, Ventura Water’s General Manager.

“This is a meaningful commitment to preserve river flows until a long-term solution is finalized, and we are glad to have been able to reach it through dialogue with the City,” said Ben Pitterle, Channelkeeper’s Science and Policy Director. The original agreement and this amendment provide added assurance to Channelkeeper for the better protection of steelhead during the dry season while the City works with other parties to propose a long-term framework that protects the Ventura River for steelhead and other instream uses and for the needs of water users, recreation, and the local economy.

During the month of November were flows dropped to low levels at Foster Park.  The City-installed gages were reading over 4 cfs, while the USGS Ventura River gage located just downstream was reading less than 2 cfs.   Stream flow measurements were taken at Foster Park to try to groundtruth the discrepancies between the City gages and USGS.  These measurements were closer to the USGS numbers.

In response, the City arranged to meet in the field with their consultant who installed and manages their two gages.  These field measurements confirmed that the gages were reading high.   The City gages were re-staged and pumping was discontinued the next day.  The gages subsequently showed a slow increase in flows downstream from the wellfield in response to decreased pumping and diversion.

ChannelKeeper sues to save a drying river